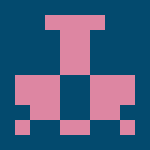 I’d be a zillionaire if I earned a dollar each time someone complains that all the great domain names are already taken. It’s just not true, however. Even in a highly competitive industry, you can think up original, appealing domain names for businesses by using naming tactics that few people use, such as these:

Are Free Domain Names Worth The Cost?

Are Free Domain Names Worth The Cost?

All About The Invalid Domain Name